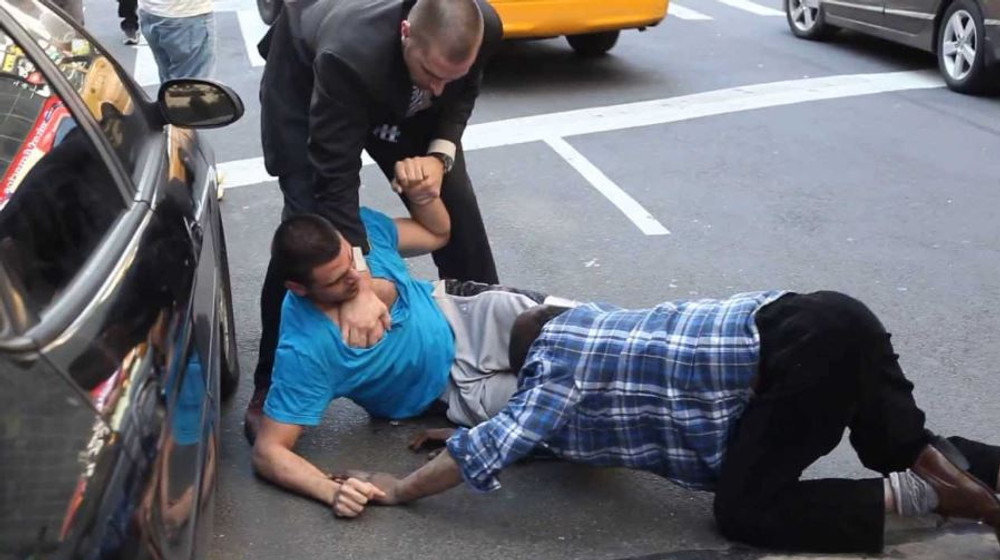 What about ground fighting skills? Gracie Brazilian Ju Jitsu trained street fighters have a distinct advantage. We can learn something from their style. One Gracie Combative Student analyzed 100 separate incidents on YouTube and provided statistical-based conclusions.

It is an old cliché that “all fights go to the ground”. And basically, it is true. Participants engaged in ground fighting 73% percent of the time. When you take out those ten-second knockouts that make up so many early finishes, the number jumps up to 83%.

2) Knockouts happen in the first ten seconds or not at all.

23% of the fights ended in a knockout (which is defined as a single blow that incapacitated a participant). What was interesting about these is that more than half, 64%, occurred in the first ten seconds.

3) Bystanders usually let fights go on. Nowadays, the crowd is more interested to film altercations than to get involved and help.

4) Fights often have no clear winner. The best option is to avoid an altercation all together if there is a way.

The most surprising outcome in fighting seems to be no outcome at all. 48.4% of the fights ended indecisively.

Unlike gym sparring and practice drills (which should be done regularly), street fights are very chaotic. They are spontaneous, they have trigger points and bad things can happen in an instant.