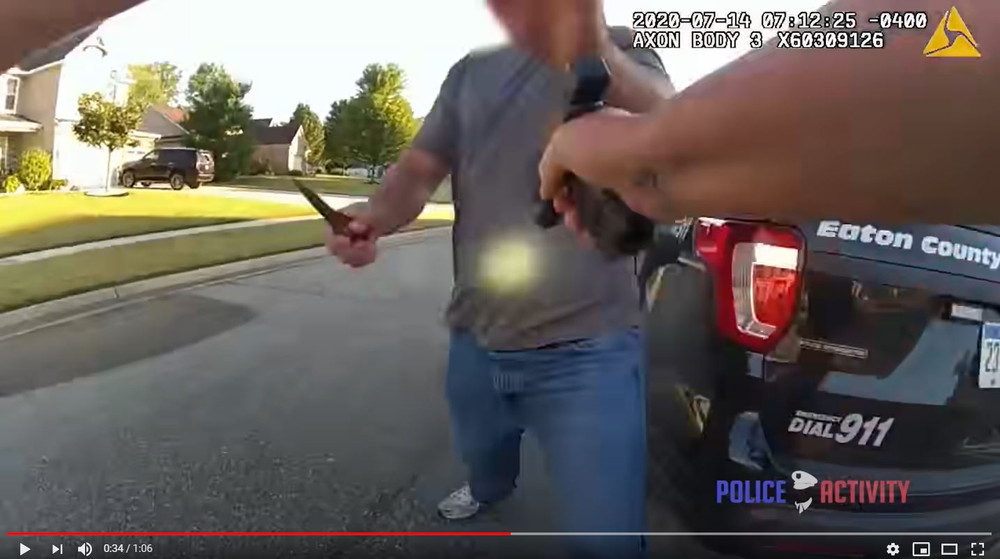 Back in 1983 Sergeant Dennis Tueller of the Salt Lake City Police department wondered how quickly an attacker with a knife, or other weapon, could cover 21 feet. So he timed volunteers as they raced to stab the target. He determined that it could be done in 1.5 seconds. These results were first published as an article in SWAT Magazine titled "How Close Is Too Close?"

CCW Breakaways used the lessons learned from this exercise, to produce their patented product. The product developers knew that most violent street attacks occur in 3's:

They also knew that 1.5 seconds was say too long to retrieve your weapon . . . and 3 steps is much closer than 21 feet. So how can you draw faster and be more tactically proficient?

The answer is simple . . . have your hand on gun's grip in concealment and have an enlarged "breakaway" opening to draw . . . this cuts out half the cycle time.

In this video, you'll see a law enforcement officer deal with this scenario in real life. Watch. Learn. Practice. Apply the lesson.